For several decades septic tanks have played a vital role in providing an efficient way to dispose of sewage waste for thousands of rural properties without access to the mains sewers. The efficiency of a septic tank depends on several factors but one of the most important preventative measures to ensure maximum efficiency is having the septic tank emptied and cleaned correctly, else you run the risk of developing septic tank problems.

Septic tanks are designed to receive all the sewage waste from a property. Within the septic tank solids settle to the floor of the tank whilst floating matter such as oils, fats and tissues float to the top of the liquids. The sludge formed at the floor of the tank undergoes a process known as anaerobic digestion. This process has the effect of reducing both the sludge volume and the requirement for the septic tank to be emptied. 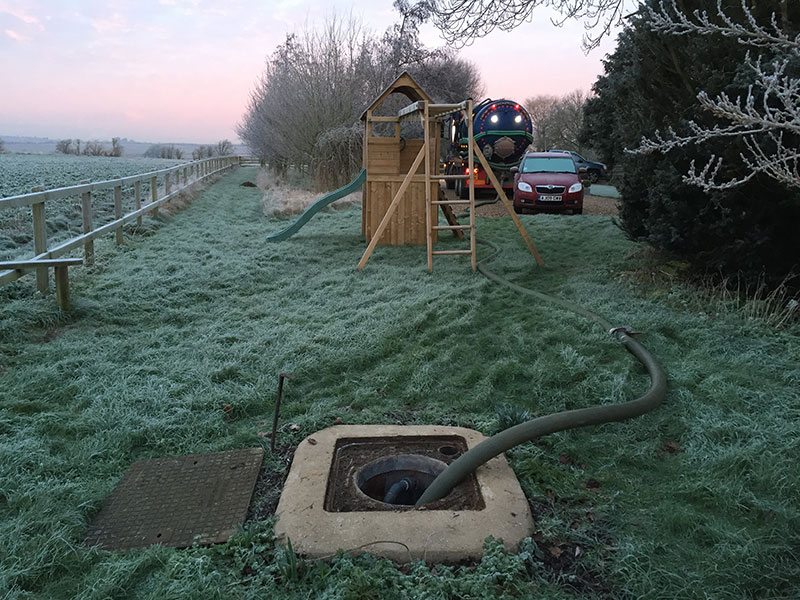 Although the anaerobic process reduces the amount of sludge within a septic tank it’s still important the tank is emptied at the correct intervals to prevent the remaining sludge from passing through the tank. If the septic tank discharges to a soakaway the sludge would shorten the lifespan of the soakaway. If the septic tank discharges to a watercourse the sludge would result in a higher level of pollution being discharged and an increase in contamination in the watercourse. Under the Environment Agency’s Septic Tank General Binding Rules, septic tanks are not permitted to discharge to a ditch, stream or any other watercourse.

The question as to how often a septic tank should be emptied will be dependent on the design and volume of the tank, the type of property draining to the tank (household, public house, nursery etc) and the number of users. Typically, a septic tank would have two separate chambers – primary and secondary settlement zones. If a septic tank has been designed correctly and the number of users doesn’t exceed the design criteria, the tank would typically require emptying on an annual basis. Some older tanks will only have one chamber, and these may require emptying on a more frequent basis due to these having insufficient volume to store a year’s sludge.

Septic tanks should only be emptied by a Licensed Waste Carrier and a Transfer Note should be passed onto the customer on completion of the emptying.

Although Mantair doesn’t empty septic tanks directly we are always happy to give advice if you require further information relating to a septic tank emptying or cleaning.