Air pumps, which are also referred to as Air Blowers and Air Compressors, are used worldwide for a wide range of applications. One of the most common use for these air pumps is for operating domestic sewage tanks, and as such consumers often refer to them as either sewage or septic tank air pumps.

These sewage tanks can be in the form of either a packaged sewage treatment plant or a converted septic tank. Both sewage systems use air pumps to assist in oxygenating sewage to create aerobic micro-organisms, which digest the sewage and provide the basis for the sewage treatment process.

There are various manufacturers of air pumps and these pumps can vary in the volume of air produced and the backpressure they are designed to work against. Air pumps can also vary in their reliability, lifecycle and decibel levels produced.

As the saying goes – you get what you pay for! Sewage and septic tank air pumps can range drastically in price. The cheaper models available will typically produce more noise, require maintenance and replacement more often and may only operate against lesser backpressures.

Two of the most popular air pumps used in the UK for sewage treatment are the Medo and Secoh pumps.

Nitto Kohki is the manufacturer of the Medo air pumps and is a world-renowned Japanese company specialising in the design and manufacture of high-tech components, tools and machinery.

The Medo range of septic tank air pumps, are uniquely different from other blowers as they don’t use diaphragms. Instead, they use engineered & machined, PTFE lined, metal-alloy “Linear-shuttles” at the heart of the pumps to generate the airflow. This technology results in higher performance, quieter running and up to double the lifetime when compared to some diaphragm blowers.

Various septic tank and sewage treatment plant manufacturers, including ourselves use the Medo air pumps due to their reliability and the features mentioned above. 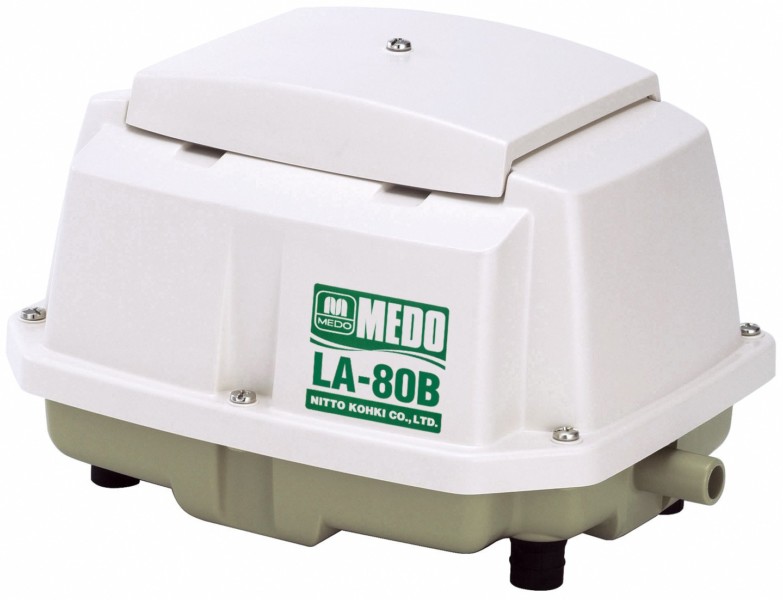 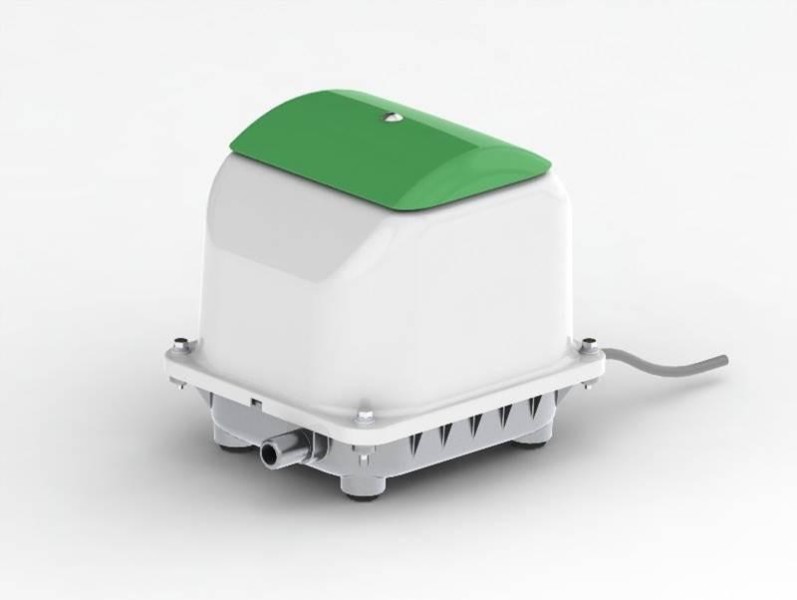 Distributed by Bibus UK Limited, the Secoh range of septic tank air pumps use a diaphragm process. Using the principle of electromagnetic oscillation, which practically has no mechanical friction, minimises power consumption and provides a high degree of efficiency. The Secoh JDK-models feature less energy consumption than some other air pumps and have fewer overall dimensions.

If you require any advice regarding septic tank air pumps, we are always happy to help and are available on 01255 853890, or contact us online.